If we want a reasonable hope of hitting our 2 degree target, we have to leave about 80 percent of the known fossil fuels in the ground.

That is indeed terrifying math, but it may become slightly less so as it becomes more specific and concrete. (It is always helpful to break a large task into component parts.) Toward that end, today saw some fascinating new work from the research consultancy Ecofys. Commissioned by Greenpeace, it attempts to rank the most dangerous fossil-fuel projects currently being planned.

The metric is simple: how many additional tons of CO2 the project will emit by 2020. (See the report for more on methodology.)

Here’s how they rank: 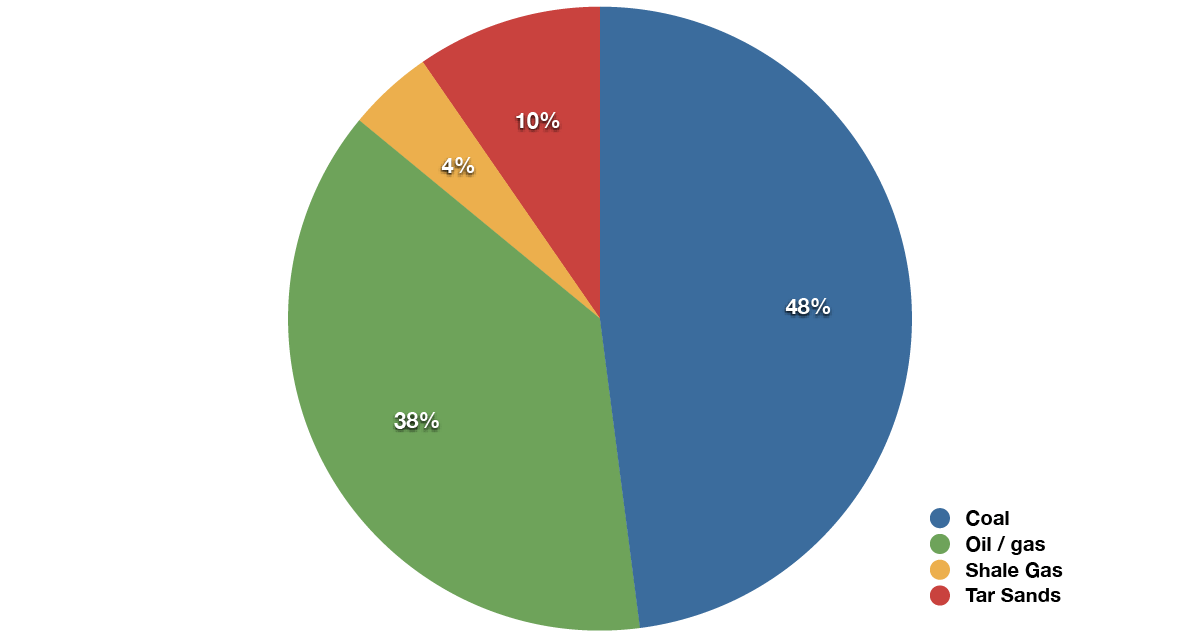 A simple pie chart here is useful — of the 14 projects, the majority of the problem involves coal, though others aren’t far behind. Note that the the compression here is a bit tricky — coal includes export expansion, for instance. Nonetheless, the point stands — our dirtiest fuel, from a climate and health perspective, appears to be on a trajectory to create more substantial problems for the global environment.