At a public meeting Thursday that ran nearly two hours long, multiple members of that committee, including Chair Tony Cox and Steven Packham of the Utah Division of Air Quality, said they do not agree that breathing air polluted with soot can lead to an early death.

“[Committee] members have varying opinions on the adequacy of the evidence supporting the EPA’s conclusion that there is a causal relationship between [particulate matter] exposure and mortality,” said Cox, reading from the committee’s draft recommendations before explaining that he is “actually appalled” at the lack of scientific evidence connecting particulate pollution to premature death.

A quarter of a century of research has shown that breathing in fine airborne particles emitted by cars, power plants and other sources shortens people’s lifespans. But that scientific consensus is now under attack from a top advisor to the US Environmental Protection Agency (EPA), just as the agency is rushing to revise the national air-quality standard for such pollution before the end of President Donald Trump’s first term. Scientists fear that the result could be weaker rules on air pollution that are bad for public health — and based on politics, not science.

The case has been made — repeatedly — that the health and economic benefits of the Clean Air Act and subsequent regulatory processes are clear. This is summarized succinctly in the figure below, which shows energy consumption, vehicle miles traveled, GDP, and total emissions of EPA criteria pollutants. 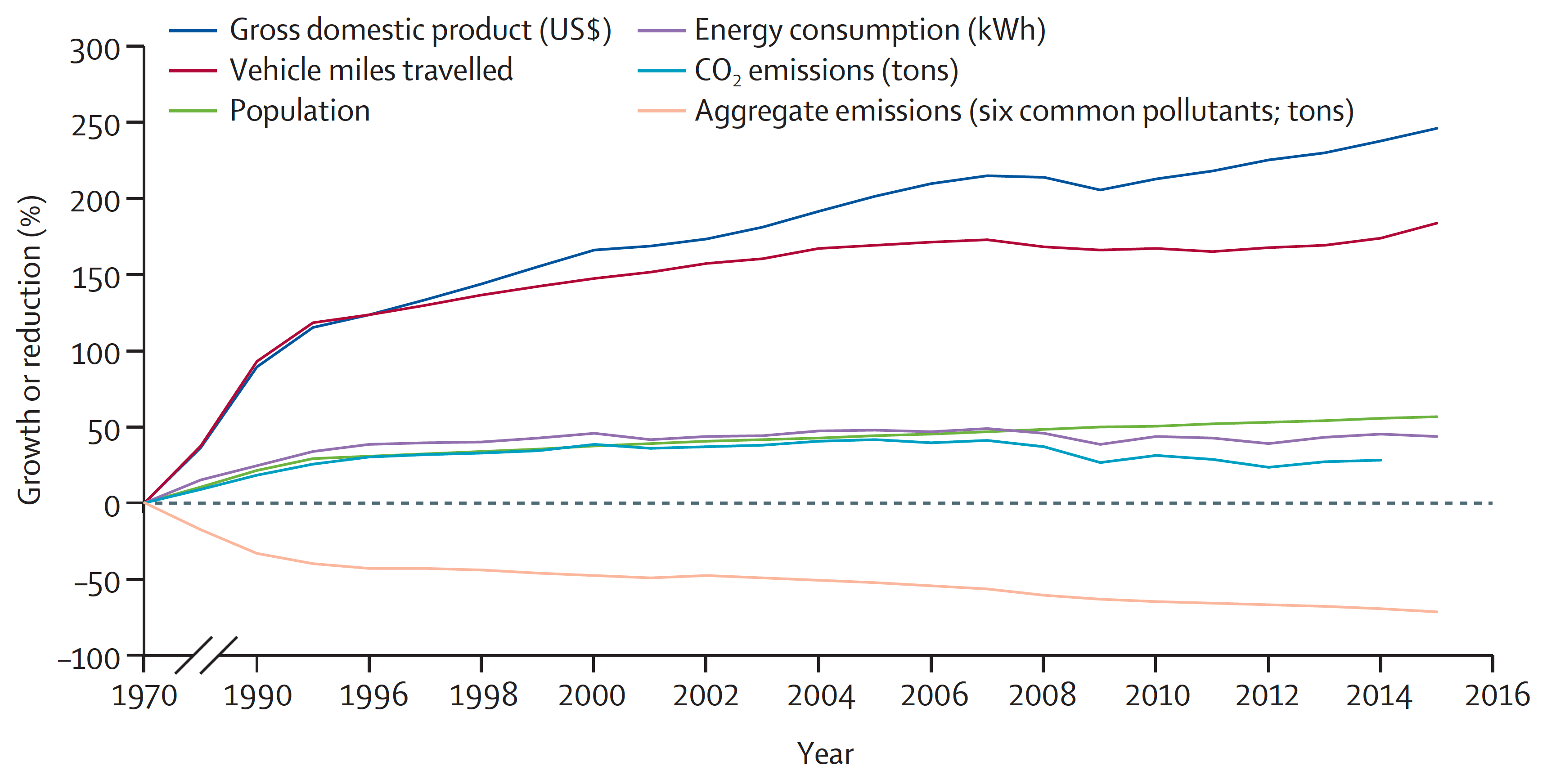 Figure from The Lancet Commission on Pollution and Health

Let’s put aside the economic argument and focus on the principles that undergird the Clean Air Act – protection of public health, with standards set to protect the most vulnerable. This critical prerogative is undermined by these (and other) recent efforts to roll back regulations that have clear and demonstrable health benefits. This is yet another example of the Trump administration’s abnegation of responsibility to the health and welfare of the US population.

For more information, see Gretchen T. Goldman and Francesca Dominici’s discussion in Science and their claim-by-claim evidence base. See also a nice summary of the issue at NRDC and a letter from Professor John Samet to the EPA that comprehensively outlines issues with changes to the evidence review process for the National Ambient Air Quality Standards.