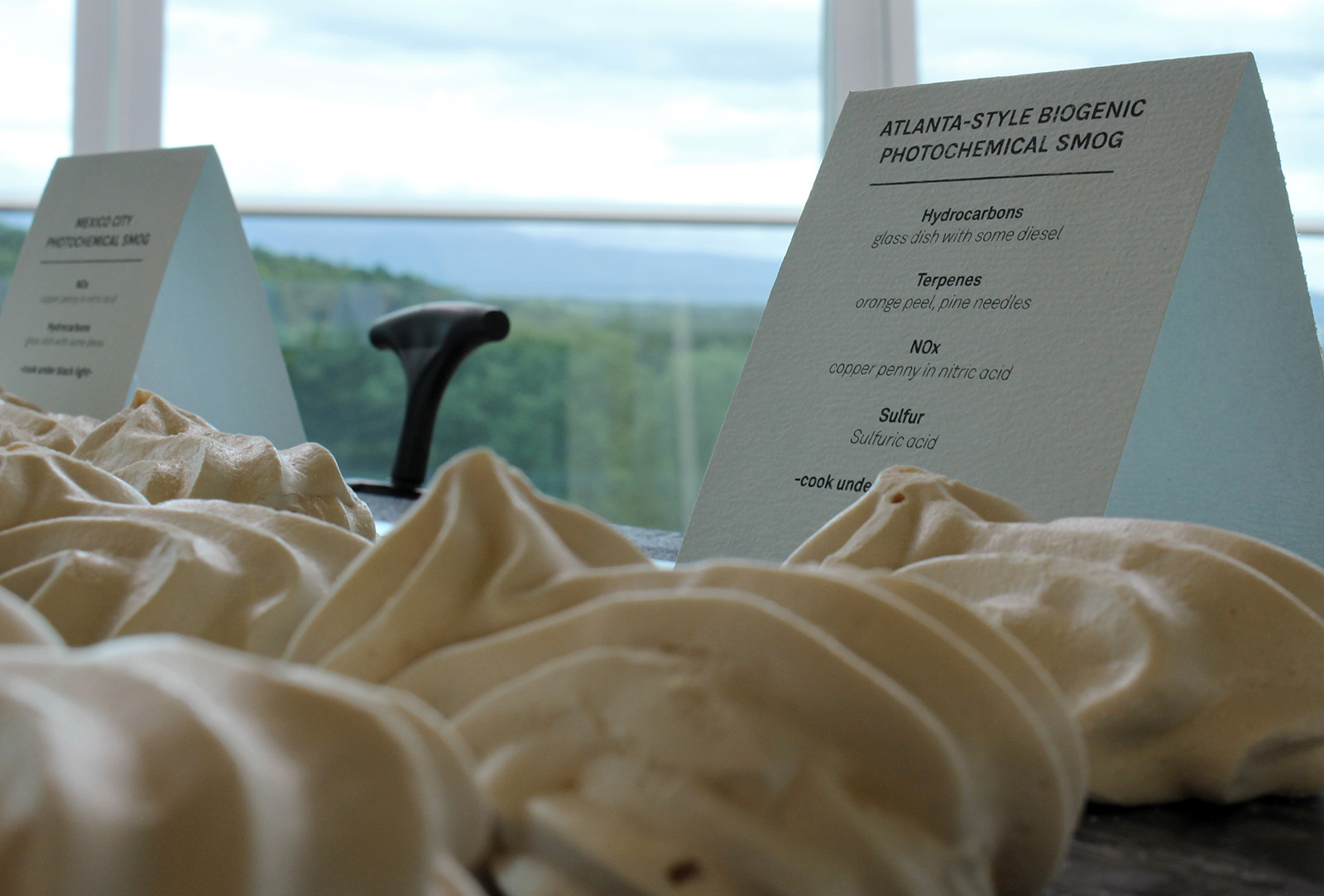 After running around New York City in order to source our precursor ingredients (a huge thanks to Kent Kirshenbaum, chemistry professor at NYU and co-founder of the Experimental Cuising Collective), we spent Thursday afternoon and evening in the kitchens of Baz Bagel (excellent bagels, amazing ramp cream cheese, and truly lovely people) assembling the cart, mixing different chemical precursors, and then “baking” them under UV light to form a London peasouper, a 1950s Los Angeles photochemical smog, and a present-day air-quality event in Atlanta.

We chose these three places and times to showcase three of the classic “types” that atmospheric scientists use to characterize smogs: 1950s London was a sulfur- and particulate-heavy fog, whereas 1950s Los Angeles was a photochemical smog created by the reactions between sunlight, NOx, and partially combusted hydrocarbons. Present-day Beijing often experiences London-style atmospheric conditions, whereas Mexico City’s smog is in the Angeleno style.

Meanwhile, at its worst, Atlanta’s atmosphere is similar in composition to that of Los Angeles, but with the addition of biogenic emissions. An estimated ten percent of emissions in Atlanta are from a class of chemicals known as terpenes, from organic sources such as pine trees and decaying green matter. We had also hoped to create a Central Valley smog as well, but time got the better of us.