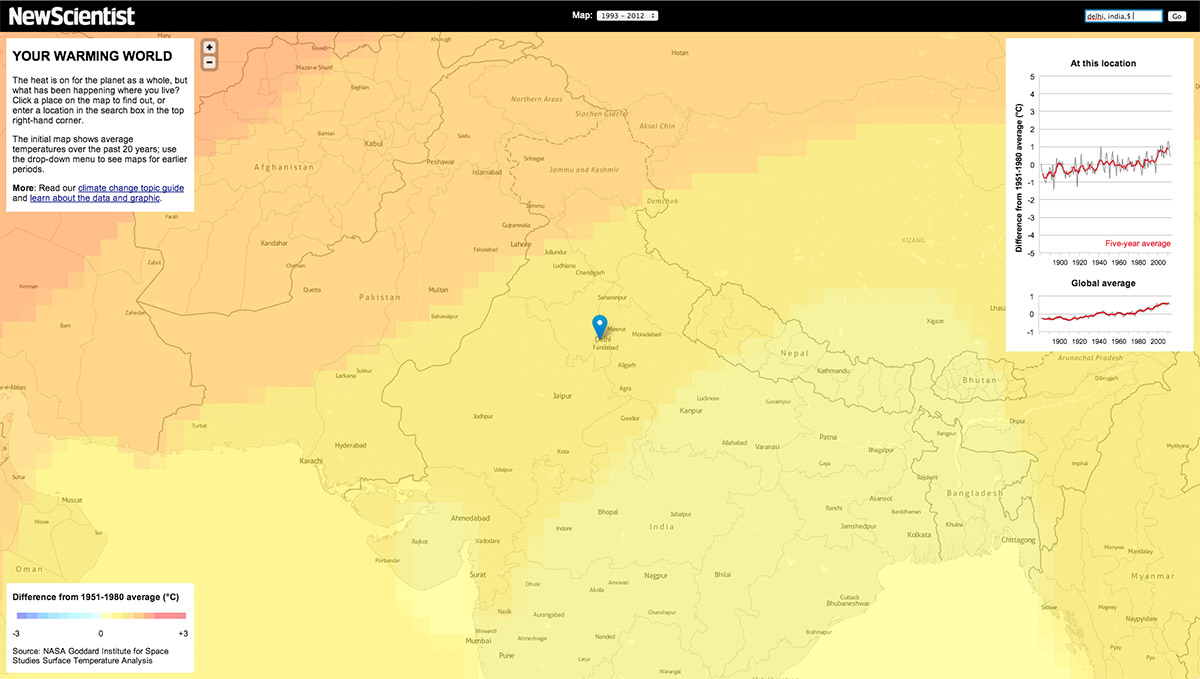 New Scientist has released a web app that asks you to think about climate change in a more selfish manner — for yourself or your community. It loads a world map and you can click where you live and get a quick glimpse of how temperatures have changed — for you.

The graphs and maps all show changes relative to average temperatures for the three decades from 1951 to 1980, the earliest period for which there was sufficiently good coverage for comparison. This gives a consistent view of climate change across the globe. To put these numbers in context, the NASA team estimates that the global average temperature for the 1951-1980 baseline period was about 14 �C.

The analysis uses land-based temperature measurements from some 6000 monitoring stations in the Global Historical Climatology Network, plus records from Antarctic stations recorded by the Scientific Committee on Antarctic Research. Temperatures at the ocean surface come from a measurements made by ships from 1880 to 1981, plus satellite measurements from 1982 onwards.

It’s a neat, somewhat egocentric approach. I’m not sure if it really engages a broad audience — but it points towards the kinds of interactivity that may be able to reach skeptical members of the public.