Aerosols in the Skies after Krakatoa 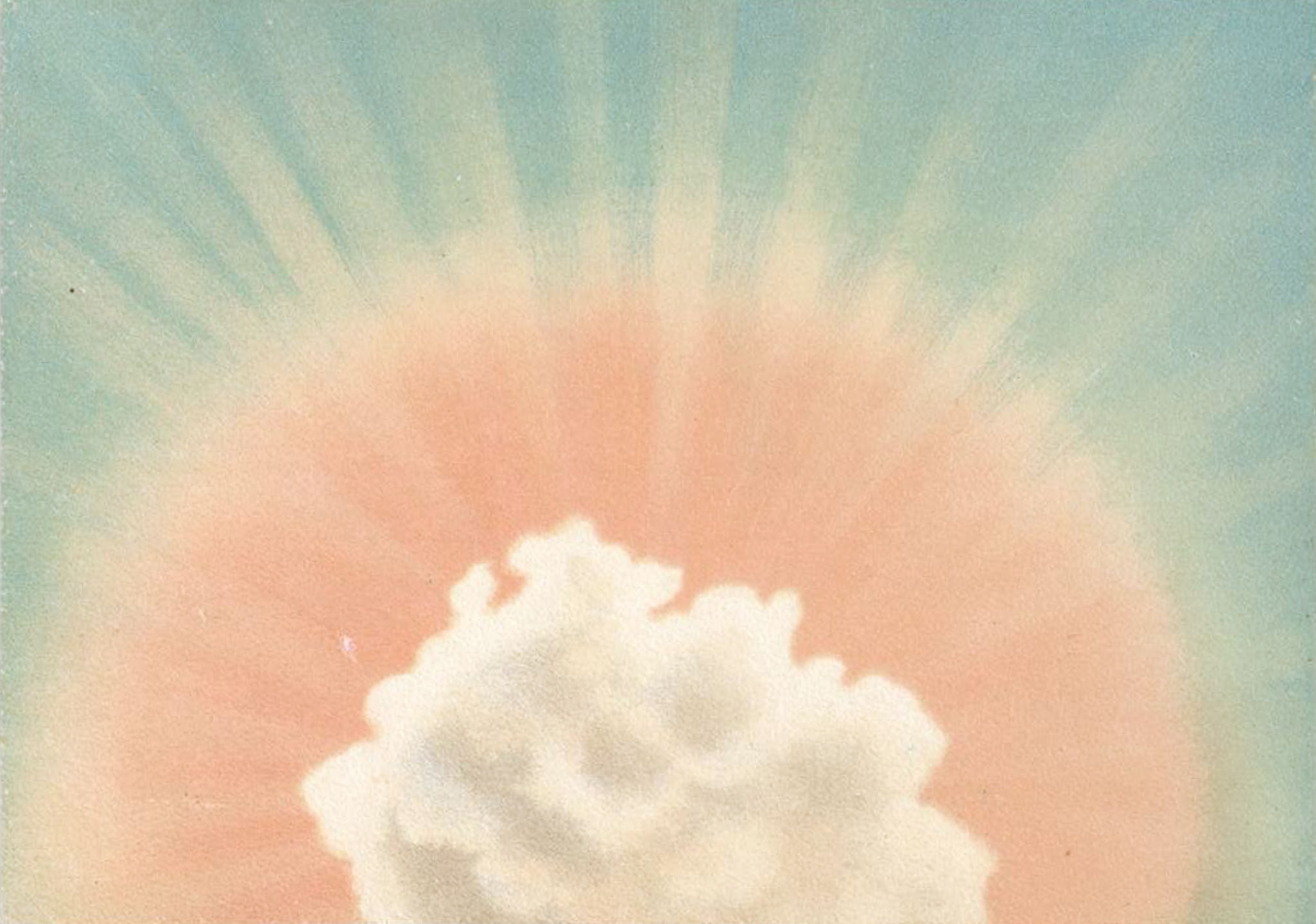 While looking for art for our walls, I stumbled upon the image above, from

The book is by Johann Kiessling, “a scientist from Hamburg nearly unknown to science historians” who sought to “find the physical laws governing normal twilight phenomena and those of the extraordinary phenomena in the disturbed interval 1882-1886,” during and after the eruption of Krakatoa. Among his findings, many of which still have relevance today2:

Kiessling also did experiments with ammonia hydrate and with smoke particles. He burnt sulphur and found that the developing sulphuric acid strongly promotes condensation.

According to Kiessling diffraction rings develop due to ‘reflection’ in homogeneous fog–today we speak of light backscattering; he wanted to explain by them the ring-like counter-twilight. In his experiments, the light source was electric arc light. The diffracted light was strongly polarized. Richarz, who, two decades later, studied the similar atmospheric phenomena called ‘glory’, considered Kiessling’s experiments as giving a suitable explanation of these phenomena.

By a further study of reports collected by the naval observatory and by shipping companies, and by considering and evaluating all available material, Kiessling could definitely trace the distribution and the path of the Krakatoa smoke masses together with their condensation products. He had correspondence even from Peking and Tokyo. He argued that the dust and fog clouds encircled the Earth twice or three times from the east towards the west with a velocity of about 40 ms-1. He could further show that such an air current does exist in the high atmosphere parallel with the Equator. Some parts of the cloud separated from the main mass and propagated northwards and southwards, respectively, and then diffused to the whole temperate zone.

The dust masses disappeared after two to three years due to fall-out.

Clearly a slouch. In his tome, the original version of which can be downloaded from ETH Zurich’s library, the last pages are “a wonderful series of chromolithographs from watercolour images by Eduard Pechuël-Loesche.” The images are incredible and available in high resolution at Google Arts & Culture. A number are posted below. 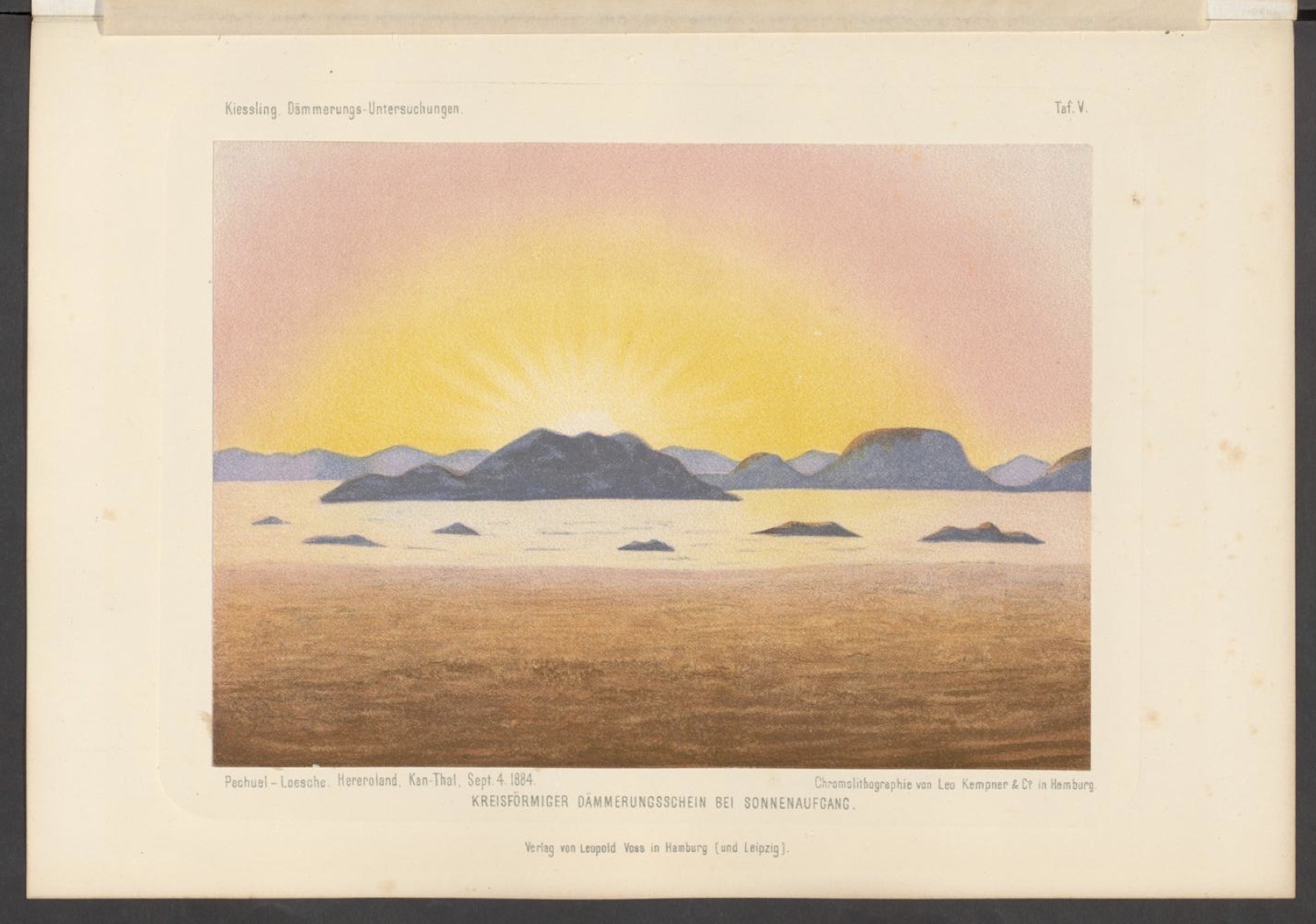 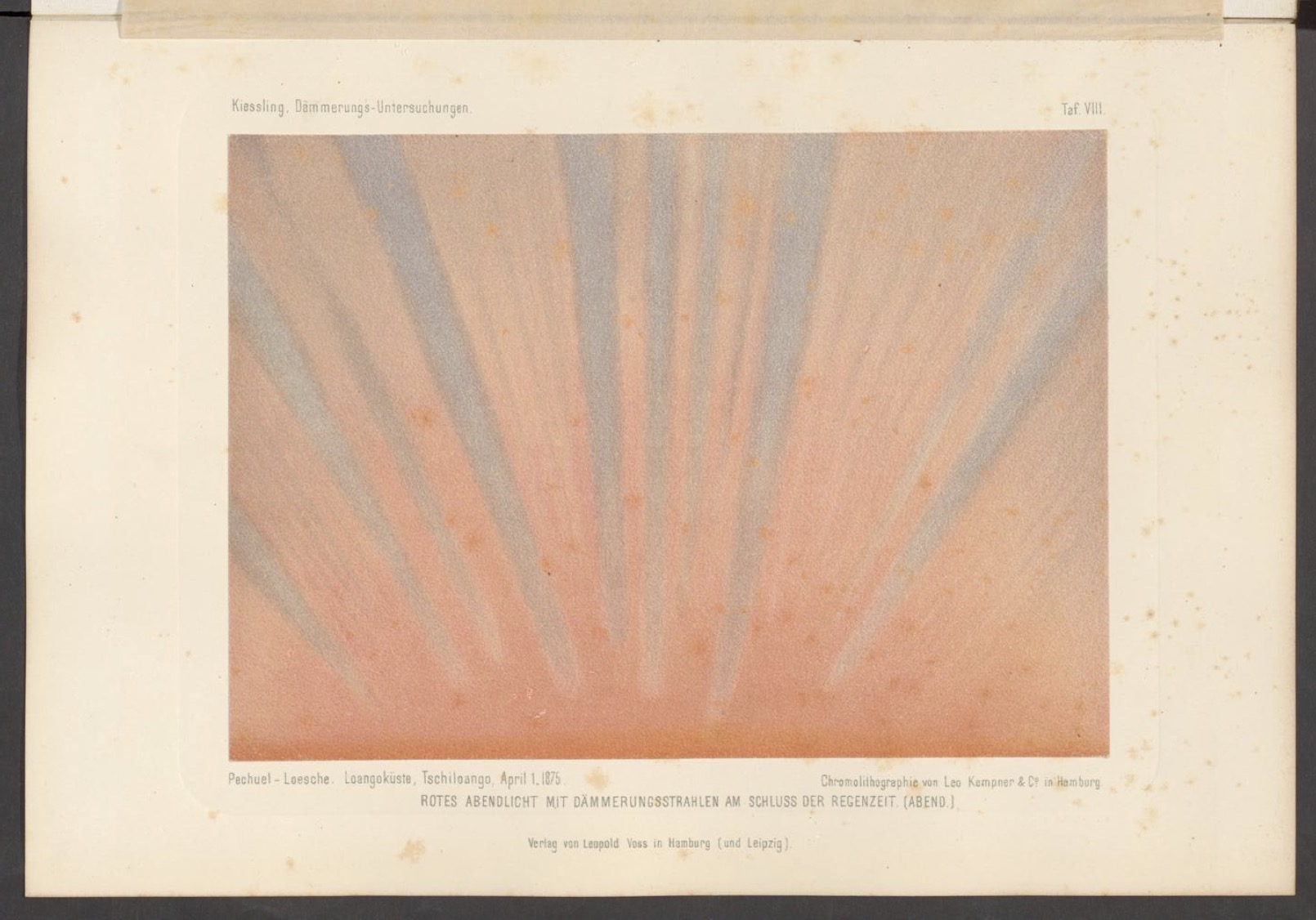