In 2011, China consumed nearly as much coal as the rest of the world combined 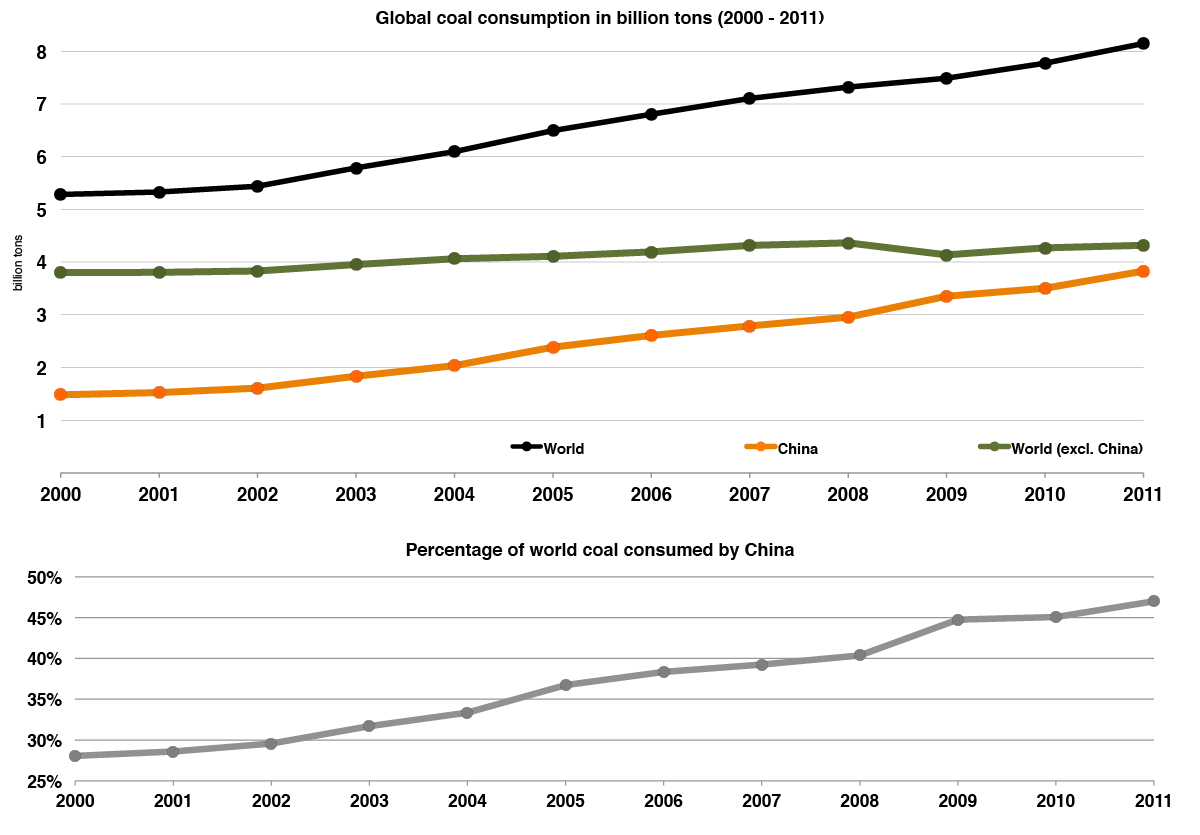 Figure based on available EIA data

Coal consumption in China grew more than 9% in 2011, continuing its upward trend for the 12th consecutive year, according to newly released international data. China’s coal use grew by 325 million tons in 2011, accounting for 87% of the 374 million ton global increase in coal use. Of the 2.9 billion tons of global coal demand growth since 2000, China accounted for 2.3 billion tons (82%). China now accounts for 47% of global coal consumption–almost as much as the entire rest of the world combined.