NASA/NOAA: Smog in China, as seen from space 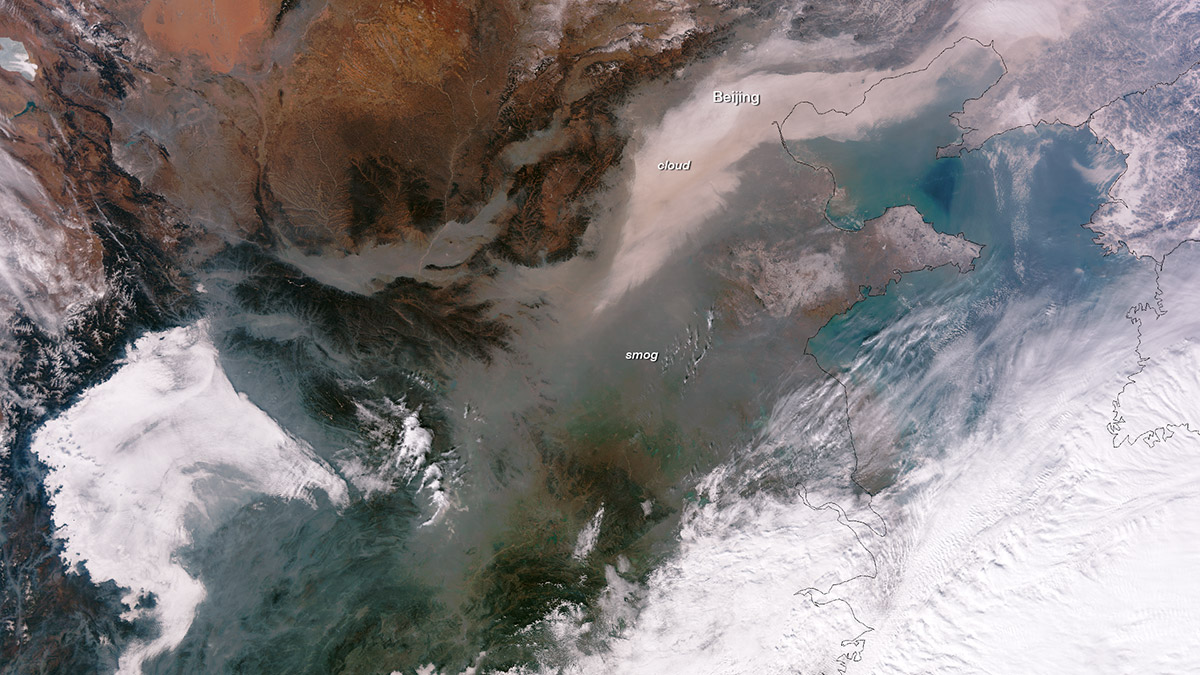 Smog is a common part of life across much of eastern China; however the past week has seen extremely high air pollution counts, some exceeding 750 micrograms per cubic meter of particles that are 2.5 microns or less in diameter. In the U.S., the EPA classifies any PM2.5 concentration above 100 as “unsafe,” as these tiny particles are able to penetrate deep into airways causing many health risks. This image of eastern China was taken on January 13, 2013 by the NASA/NOAA Suomi NPP satellite. Clouds can be seen as bright white areas, whereas the smog and other pollutants appear as a dull gray blanket over the region.