Understanding Air Pollution with Art: “The Air of the Anthropocene” and “Mutual Air” 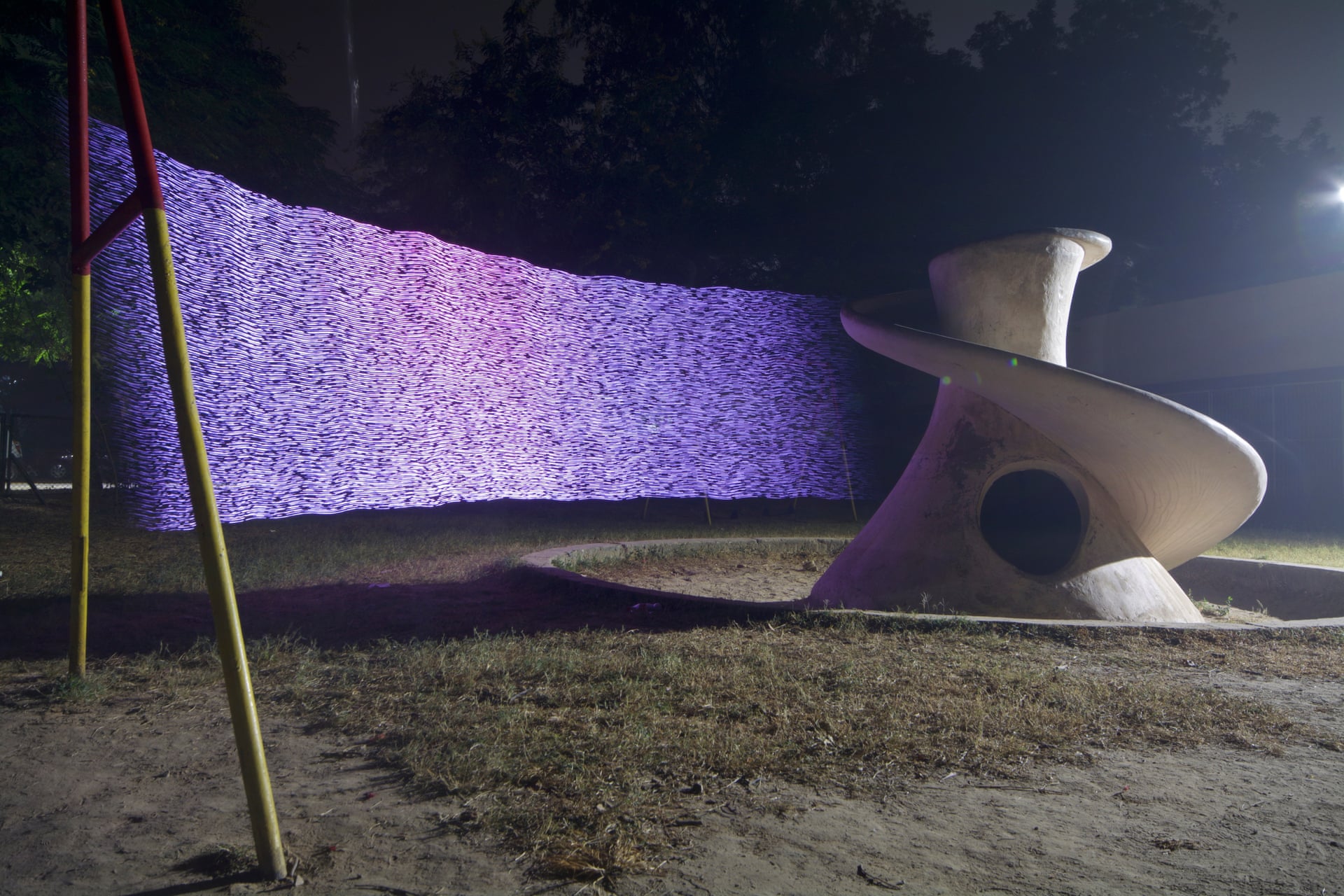 Artist Robin Price and Professor Francis Pope use experimental photography to “see” small particles as part of their “Air of the Anthropocene” project (h/t Zoe Chafe). The photos are stunning. From a Guardian piece highlighting many of the photos:

Using a custom-built digital light painter and wearable particulate sensor, I take long exposure photographs that paint the amount of PM2.5 particles in the air as particles of light. As the light painter’s sensor detects more pollution it draws correspondingly greater numbers of light particles into the photograph.

The effect is as if the microscopic pollution has been enlarged and lit up, shedding light on the invisible particles.

Mutual Air is a network of roughly thirty specially designed bells that generate a soundscape reflecting and responding to the changing composition of our local and global atmosphere. By sonifying air-quality fluctuations, Woo hopes​ to engage the public in an experiential understanding of climate science and how aspects of our atmosphere, while a shared resource, reflect socioeconomic disparities.

His work was featured on PBS News Hour: